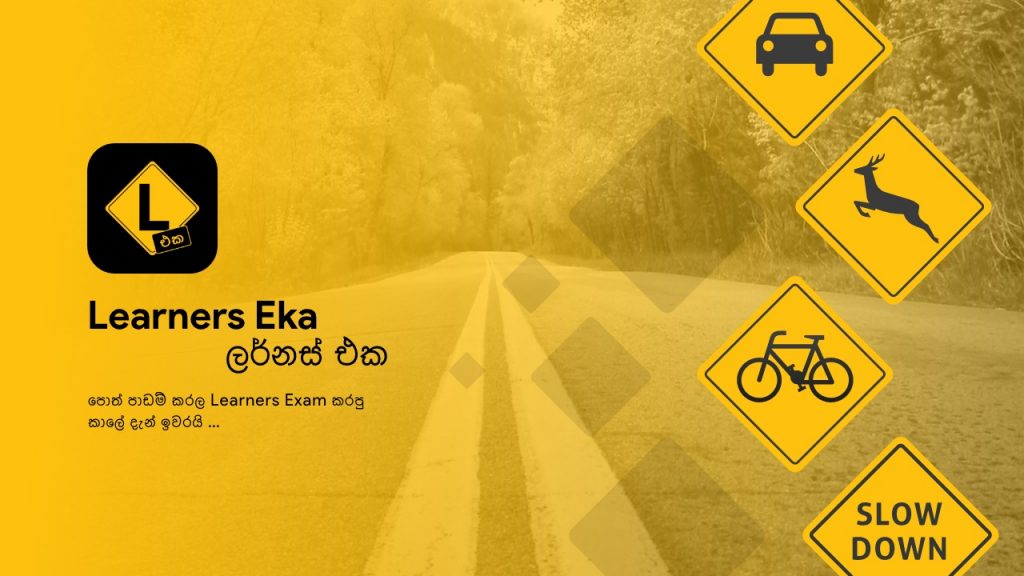 The story behind my first android app “LearnersEka”

This driving license app idea came to my mind when I was travelling to the office on the bus. Because every day I saw people who came to face their license exam on my way to the office. So then I remembered how I got through the exam with a small book that contains all road signs. I always see things from the developer’s eyes. So I thought of developing an app for the people who need it. And the most beautiful thing is that when I got an app idea, I got the app name as well which was “LearnersEka”.

Developing an app was not easy especially when you developing it on your own. Because a lot of developers don’t have UI/UX ideas. I couldn’t hire a designer because I didn’t have money to spend. So I had to design and developed it, but luckily I had a good loyal school friend who could do photoshop kinds of stuff, whose name is Yohan. I should really give him credits for what he has done for free. Finally, with the help of him, I could finish the app within around 3 months. On 13 June 2016, I published the app to PlayStore and we did a small promotion campaign as well. 😀 . That app went really well and got around 10K downloads within a very short time period.

Now I am coming to the sad part of the story where I couldn’t focus on the app. In 2016, there was no competitor for my app but later there were some apps on the play store. So what happened to Nokia phones, the same thing happened to my app as well. Because I didn’t update it and then my app went down on the list.

But this year March, I started writing my app from scratch using flutter since I didn’t want to see my first app going to die. I modified all the UI and All the functionalities with the latest technologies to fight with my competitors. I published the new version on the same day after four years.

I wanted to write this post to share my experience with you. If you are a developer try to find a good idea to implement and don’t wait till others got the same idea. And if you developed an app, then focus on it and do regular updates because that is where I lost. This is the story behind the “LearnesEka”

If you haven’t tried it. You can try it using the following URL: https://play.google.com/store/apps/details?id=com.jayasanka.pubudu.roadsafety&hl=en